I received a call from “Joe” who was transporting my SLC from Michigan to California.  He called early this morning and said he was going to drop 2 cars off in LA then head down to San Diego – might be in between 3-6PM.  I was both excited and nervous; I wanted the car to get here, but I didn’t really want to receive it in the dark as I was worried I might miss any damage.

I got the call at about 1pm saying Joe was about an hour out – SWEET!  We were right in the middle of demo’ing our house to measure it for new windows and I quickly lost interest in the task at hand – the SLC was about to arrive!  About an hour later and I got another call – 15 minutes.  We had to get packed up and moving to meet Joe!  Alas, Joe beat us back to the ranch but as my wife said “Don’t worry, he’s not going anywhere …” I was obviously anxious.

We pulled up behind a massive car transporter.  Joe was a young-ish guy with an eastern European accent.  He needed a hand with the car so after lowering the gate, Bob and I hopped up onto the deck and proceeded on up to finally see the car. 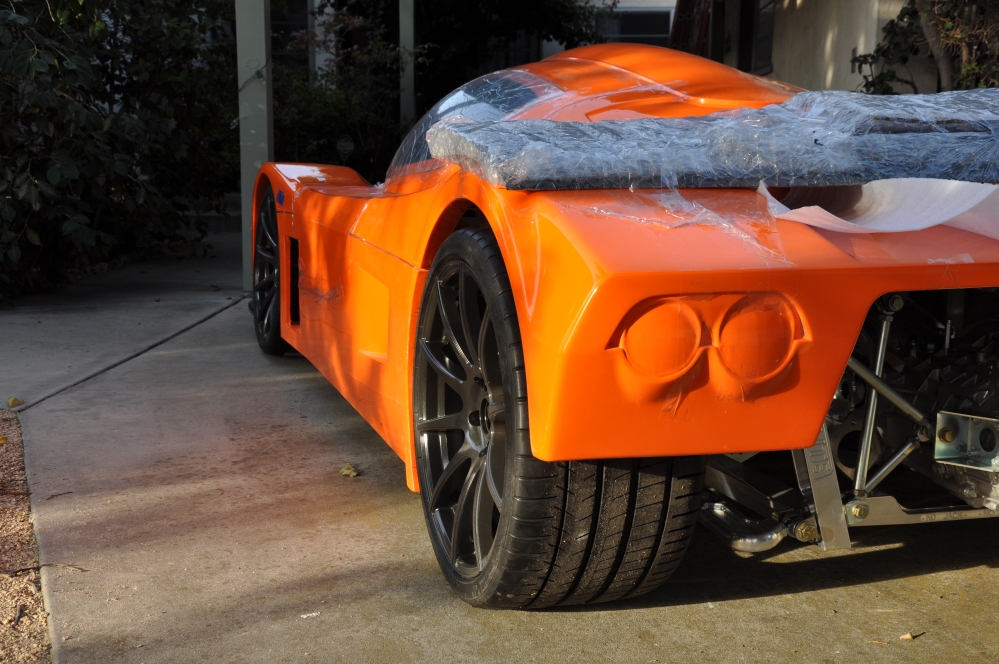 To get the car down to where we are going to be working on it required slooooowly lowering it down into the lower garage.  The driveway is super steep and we quickly found out that the very low SLC was going to struggle.  After only a few feet down the slope we high-sided on the frame.  Having been a carpenter in a former life, Bob had a few 2x4s handy; enough to place them in front of the SLC as we inched down, moving each 2×4 as it passed.

That’s about it for tonight.  It’s late and I just spent a few HOURS cleaning off all the packing tape residue.  They’re not kidding with that tape!